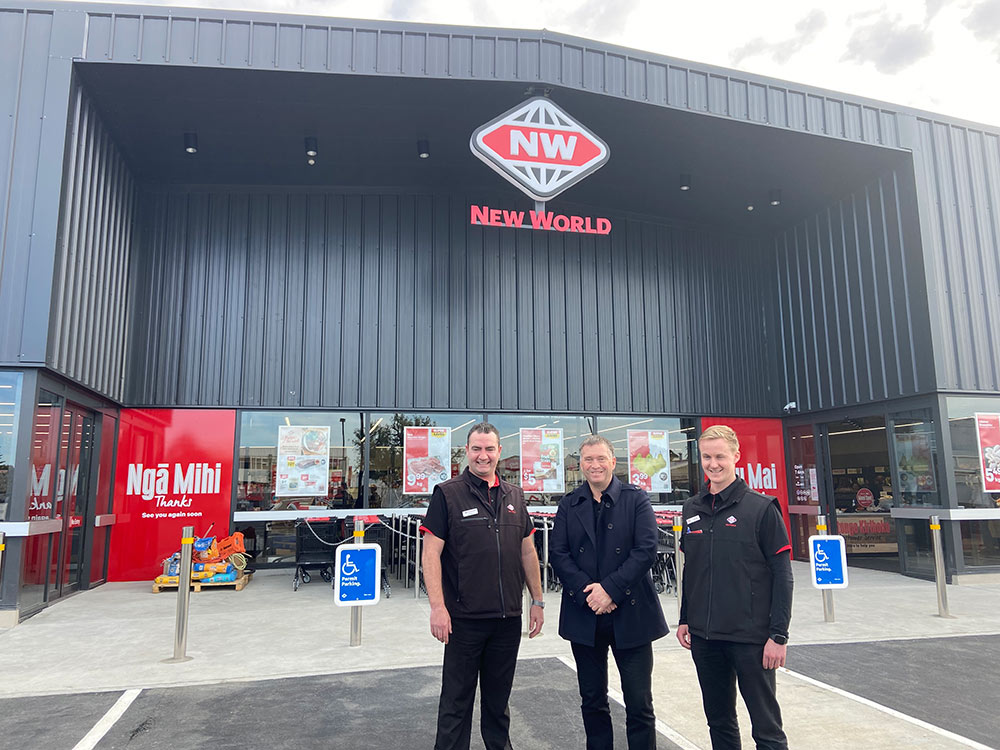 The country’s newest supermarket is opening in Wairoa this week, with a $17 million New World store that’s almost double the size of the existing store and brings the latest store design and technology to the area.

In FY22, investment from Foodstuffs North Island into construction and refurbishment projects totalled $106.3m, including brand new stores in Waiheke’s Onetangi, Northland’s Marsden Cove and Te Kauwhata in Waikato, and a replacement PAK’nSAVE store in Auckland’s Henderson. In addition, $21.4m was invested in technology, including customer facing technology and core system enhancement.

Foodstuffs North Island CEO Chris Quin says the newly built New World Wairoa is an example of how the co-operative and its members invest for the long-term in New Zealand communities.
“Our stores are individually owned and operated – so while projects like this have significant investment from the Foodstuffs North Island co-operative to purchase the land and construct the building, the local owner operator has invested $7.7m themselves into the store fitout of New World Wairoa.

“Wairoa is a community that has historically struggled to attract investment. This new store’s design is the latest for New Word new builds and has a wider product range, in particular an expanded fresh produce section to give customers a better range of fresh fruit and vegetables. It’s a real demonstration of our investment in innovation and commitment to back our North Island communities to grow and thrive.

“Each store is designed, configured and stocked based its local community and their unique needs.  While the brand experience needs to be consistent across New World stores, each town has its own particular needs and customer shopping habits that its local owner knows to cater for.”

“We invest around $100m every year in construction and refurbishment of property across our North Island stores, supply chain network, and support centres. Since the start of this financial year we’ve already invested $27m – including $17m in Wairoa,” says Quin.

The new store at 51 Queen Street replaces the old New World store which has served Wairoa customers for 37 years, and is almost double the size. A Hawke’s Bay builder was employed for the project, and eight new fulltime jobs for locals have been created in the new store.

Other significant local investments by Foodstuffs underway around the North Island include the redevelopment of one of New Zealand’s oldest grocery stores – Four Square Martinborough – and replacement New World stores being constructed in Flaxmere and Taumarunui.

“Our members’ stores are one of the major businesses and employers in the communities they serve and are the local store visited most often each week. As an NZ co-op it’s important our investment in store transformations and new stores isn’t just for customers in the main centres. We continually look across all our communities and invest so that our customers in regional towns like Wairoa get the same, or better, experience as our customers in Auckland or Wellington.

“The investment in New World Wairoa will deliver customers a local shopping experience with a range of products on offer that’s right up there with the best city stores in New Zealand and overseas,” finishes Quin.