Everyone in New Zealand should have access to healthy and affordable food. We're delighted to support organisations that are working hard to make this happen.

Foodstuffs to the (food) rescue

We're proud to support many wonderful organisations that are working hard to make healthy and affordable food accessible to everyone in New Zealand.

Every one of our New World and PAK’nSAVE stores has a relationship with a foodbank or food rescue organisation, and so do many of our Four Square stores. Over the past year alone, we've provided more than 8 million meals to Kiwis in need through our food rescue partnerships.

Here’s a snapshot of the food rescue organisations we support: 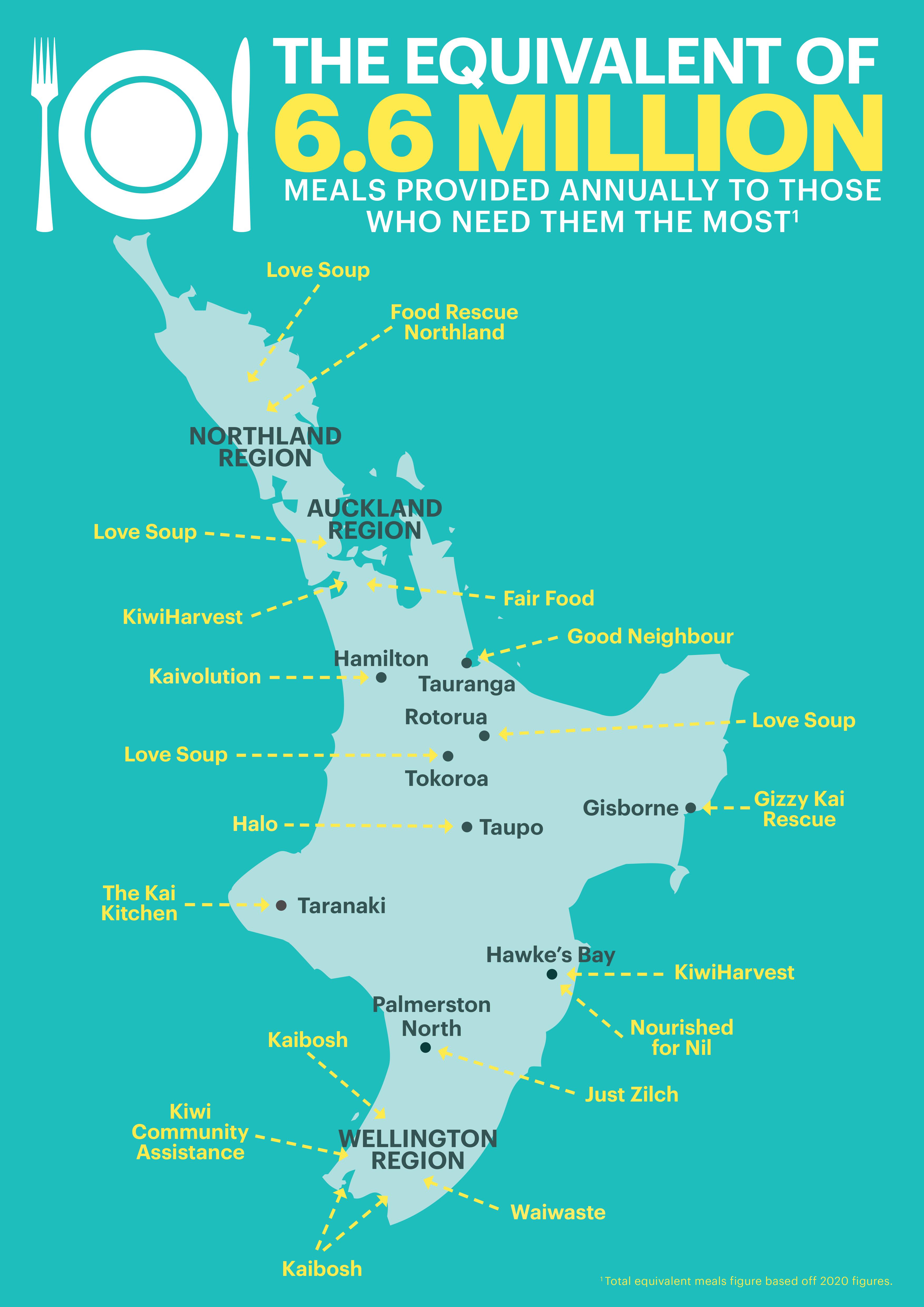 The process of getting food into the hands of these organisations consists of two steps:

Partnering with food rescue organisations also lets us ‘close the loop’ and reduce the food waste we send to landfill.

As well as our Foodstuffs contributions, New World is supporting the City Missions and regional foodbanks through our annual foodbank appeal drive.

Winter is always a tough time for struggling Kiwi families, and in 2020 this was unprecedented, with greater need from a more diverse range of people who had never engaged with foodbanks before. Generous customers donated thousands of filled bags, which were gratefully received by the City Missions and local foodbanks in our communities.

We were humbled by the generosity of New Zealanders at a time when people needed it most, and look forward to running Family2Family for many years to come. We are proud to work with City Missions, foodbanks and food rescue organisations to reduce hunger.

Our work with Eat My Lunch provides lunches to hungry school kids who would otherwise go without.